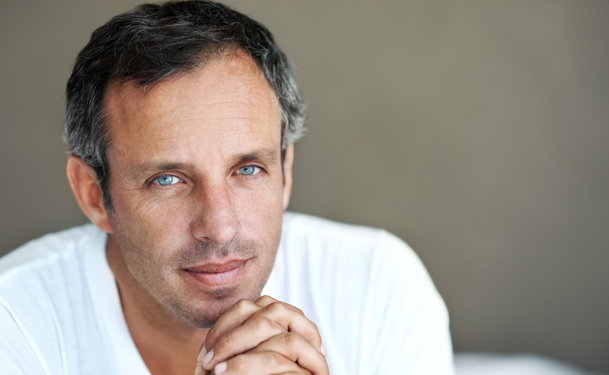 When it comes to fertility issues not a lot of attention is given to the male side of the equation; even though in 30 percent of fertility cases the actual issue is with the male partner.

The focus on the female side of the fertility equation has to do in part with all the events that need to occur to ensure successful pregnancy, including:

Because all of these events occur inside the woman’s body, people tend to think of fertility as a woman's issue. In fact, there are certain issues with male fertility that can contribute to difficulty with conception.

With men who are struggling with fertility, the problem lies in two major areas: sperm quantities and sperm motility.

There could be an issue with the amount of sperm the man produces, the quality of the sperm, or even if he produces any sperm at all. When sperm enter the uterus they have to travel all the way up to the fallopian tubes to the egg. Although fallopian tubes are only eight to twelve centimeters long (or 3.5 to 5 inches), that represents quite a distance to the tiny sperm. Also, the sperm don’t all make a beeline to the egg, some meander around a bit, end up getting lost, and die before they can reach the egg. The more sperm there are, and the healthier they are, the greater the chances that one of them will make it to the egg.

Motility involves how fast or how strongly the sperm swim. If the sperm aren’t good swimmers, then you run into the same issue that you have with not having enough – they can’t make the long trip to the egg before they die.

There are several things that can cause problems with sperm quantity, quality and motility.

The treatment you receive for infertility depends on the source of the problem.

If hormones are the cause, your doctor could prescribe testosterone replacement.The doctor might also try fertility drugs containing follicle stimulating hormone, which can boost sperm production in some men

If you have a blockage in one of the tubes, your doctor could perform surgery to remove it. This would also apply if the man has had a vasectomy

If the cause is unknown, your doctor may prescribe a combination of hormone therapy and lifestyle changes including:

If none of these solutions works, your doctor could recommend artificial insemination or other methods to help with conception.