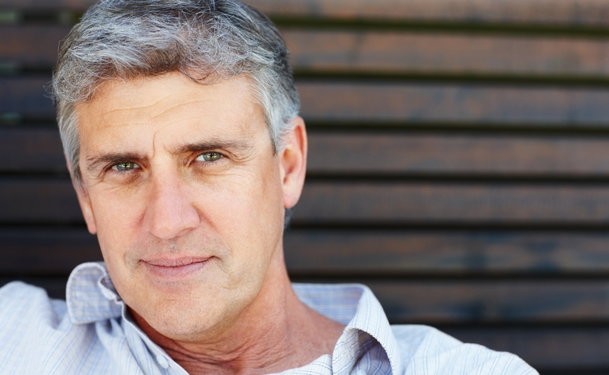 As you age you may notice changes in your urination. Perhaps you have noticed that you have difficulty starting or stopping the flow, or maybe the flow is weaker and slower than before. In addition to problems with flow, you might notice that you don’t always empty your bladder completely and you always feel like you have to go. Or, perhaps you have just noticed that you are going to the bathroom more often, especially at night.

While many of these problems can be attributed to aging, there may be other issues besides aging that could be causing three of the most common urinary problems that occur in men, and many are treatable.

Most flow problems are caused by an enlargement in the prostate gland. The prostate is a walnut-sized gland near the urethra – the tube that carries urine from your bladder. When the gland swells, it presses down on the urethra, which constricts the flow of urine, causing slower urine flow and difficulty starting urination.

Several things can cause prostate swelling including:

Other causes of urinary difficulty include certain medications, such as antihistamines and decongestants, and bladder stones.

If you start having trouble urinating, or notice changes in your urine flow, contact your doctor immediately to rule out the possibility of a serious disease.

2. Always Having to Go

Another possible cause is a condition where your bladder does not empty completely when you go. As a result, it refills quickly, which causes the frequent urge to urinate.

Certain over-the-counter drugs and foods, such as diet pills and caffeinated beverages, can also increase your need to urinate.

If you find that you need to urinate more than eight times in a 24-hour period, or if you have the urge to urinate shortly after you’ve already gone, consult your physician to rule out a serious disease.

Frequent night urination could be caused by an existing disease, such as:

Certain medications, such as diuretics taken at bed time, can also cause you to urinate more frequently at night, as can drinking too many liquids in the evening.

If you notice that you are urinating more frequently at night, consider reducing your evening fluid intake and taking stock of your medications. If you are still experiencing frequent nighttime urination, consult your physician.