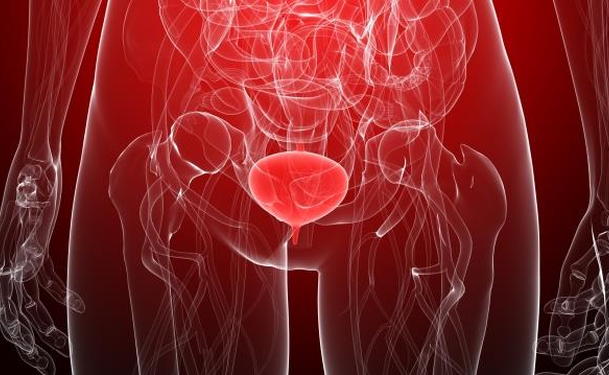 Interstitial cystitis (IC) is a chronic inflammation of the bladder wall, occasionally accompanied by small spots of bleeding (glomerulations) or areas of broken skin (Hunner’s ulcers). This condition affects the urinary system and can cause pain or discomfort in the bladder and pelvic area, as well as the need to urinate urgently or frequently.

One of the most common urological issues, IC is nine times more common in women than in men, affecting 700,000 women in the U.S. The condition occurs most often in people between 30 and 70 years old, but it can also affect children, young adults, and the elderly.

The exact cause of interstitial cystitis is unknown, although some research suggests that it could be an autoimmune reaction (which occurs when a person's immune system begins attacking his or her own body). In some women, the condition occurs along with other conditions, such as irritable bowel syndrome or fibromyalgia.

Although IC symptoms are similar to those of a urinary tract infection (UTI), there is no identifiable infectious agent. Antibiotics will not relieve symptoms, nor will drinking more fluids like water and cranberry juice. If a UTI occurs in conjunction with intersticial cystitis, it will intensify IC-related symptoms.

IC symptoms are anything but consistent: They can flare up and then stop, only to recur again months later. Major symptoms include:

In women, these symptoms can get more intense during the week prior to menstruation.

The symptoms of interstitial cystitis are similar to those of other bladder problems, making it difficult to diagnose. In fact, it can take more than four years before a patient is accurately diagnosed.

Typically, the first tests are those that rule out other possible conditions, such as UTIs, sexually transmitted diseases (e.g. Chlamydia), bladder cancer, chronic inflammation of the prostate gland (prostatitis) in men, and chronic pelvic pain syndrome.

Tests used to rule out the conditions above and diagnose interstitial cystitis include:

Interstitial Cystitis Treatments
What Are the Most Common Urological Issues?
What is the Urinary System?