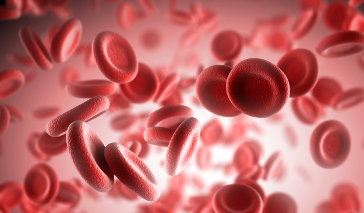 Prostate-specific antigen (PSA) is a protein made by cells of the prostate gland. Most PSA is found in semen; the prostate secretes the fluid that makes up most of semen. Small amounts of PSA also circulate in the blood. A PSA test measures the level of the protein found in a blood sample, measured in nanograms of PSA per milliliter of blood (ng/mL). Elevated PSA levels can indicate prostate cancer; however, there are other causes of higher levels of PSA in the blood.

When Is a PSA Test Done?

The U.S. Food and Drug Administration (FDA) originally approved the PSA to monitor the progression and recurrence of prostate cancer in men who had already been diagnosed. In 1994, the agency approved the use of the PSA test in combination with a digital rectal exam (DRE) of the prostate to screen for prostate cancer in men without symptoms. Many primary care doctors began giving the PSA as a part the annual physical for men over age 50. Some organizations recommended that men with a higher risk of developing prostate cancer (African Americans, those with a family history) begin screening at age 40 or 45.

Subsequent research has shown that many other conditions can cause elevated PSA levels and that men with prostate cancer may have normal PSA levels. There are also conflicting opinions on what levels should be considered “normal.” For these reasons and others, in 2012 the U.S. Preventative Services Task Force recommended against PSA screening in healthy men. In contrast, physician groups such as the American Society of Clinical Oncology and the American Urological Association recommend that doctors and patients make the decision to screen individually after a discussion of factors such as:

PSA tests are still done routinely to monitor the progression of diagnosed prostate cancer, the efficacy of treatment, and recurrence of disease.

What Is a Normal PSA Result?

Historically, PSA levels of 4.0 ng/mL and lower have been considered “normal.” Recent studies, however, have shown that many men with PSA levels above 4.0 do not have prostate cancer and some men with prostate cancer have PSA levels below 4.0. Further complicating the issue is that studies to establish a normal PSA range have been done mostly in populations of white men, while African American men have a higher risk of prostate cancer. Additionally, older men typically have larger prostates and higher PSA levels than younger men.

While there is no clear expert consensus on the best PSA threshold for pursuing further testing, recent studies have led some to suggest changing the range as follows:

Please note that different labs will use different normal value ranges. Talk to your doctor about your results and what they mean. Results should be considered in context of a man's:

Also, just as important as a specific PSA test result is the trend of his PSA level over time—whether it is increasing, how quickly (PSA velocity), and over what time period. A PSA level that changes rapidly increases the likelihood prostate cancer is present, even if the numbers are in the normal range.

What if the PSA Level Is Elevated?

The results of a PSA test are not used to diagnose prostate cancer; only a prostate biopsy can diagnose this cancer. If a doctor determines that a man's PSA level is higher than normal, she will recommend additional testing. This may include the following:

When determining which tests to order, physicians may consider:

What Are the Limitations and Harms of PSA Screening?

In its recommendation against routine PSA screening, the U.S. Preventive Services Task Force cited the lack of benefit from screening as compared to the risks and potential harms. Many prostate cancers grow so slowly that men will never experience symptoms, much less a risk to life; studies have shown that between 29 and 44 percent of prostate cancers detected by PSA tests fall into this category. Meanwhile, medical treatments such as surgery, radiation, and chemotherapy can have serious side effects.

PSA levels can be affected by factors other than prostate cancer. Factors that may raise PSA levels include:

Meanwhile, some drugs (including finasteride and dutasteride) and dietary supplements taken for prostate health can artificially lower PSA levels by up to half what they would otherwise be.

There are some new PSA tests that may help a health care provider determine whether there's any need for a biopsy. But doctors do not always agree on how to use or analyze the results of these additional tests.

If tested, the PSA is most often done every year for:

PSA testing is not usually recommended for screening men over age 75, since the potential harms of treatment outweigh the benefits.