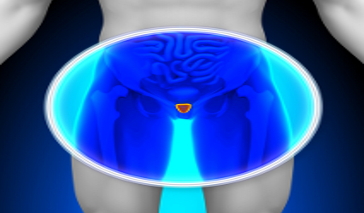 Brachytherapy is a type of radiation treatment used to treat various types of cancers; but in urology, it is commonly used to destroy cancerous cells that affect the prostate. Also known as internal radiation therapy, brachytherapy involves placing high-energy (radioactive) material inside the body to kill cancer cells and halt the growth of tumors. The radioactive material is sealed within catheters, wires, seeds, or needles and placed either near or directly inside of the mass.

As the ionizing radiation escapes, it aims to treat and kill not only the cancer cells making up the tumor, but some surrounding tissue where cancer cells may have spread to. A key component of brachytherapy is that the radiation sources focus on a localized region—the charge of radioisotope does not dissolve into body fluids or transport to untargeted areas.

Brachytherapy can be used alone or with surgery, chemotherapy, and external beam radiation. Depending on the size of the tumor and the severity of the condition, the procedure is sometimes performed after surgery as a means to kill any cancer cells that may remain. Unlike external beam radiation therapy, which shoots radiation from outside the body, brachytherapy delivers the radiation internally by placing radioactive materials directly at the cancer site, or nearby.

There are different types of brachytherapy, and each are categorized by the duration of the dose supplied, the amount of radiation delivered to the tumor, and the placement of the radiation source.

There are two types of brachytherapy associated with this category, including:

The dose rate of brachytherapy indicates the amount of radiation delivered to or near the tumor. Types include:

The two types of brachytherapy under this category are:

This outpatient procedure most often requires spinal anesthesia to numb the patient from the waist down. Upon treatment, an ultrasound probe is placed in the rectum, giving the surgeon a visual of the prostate gland on a monitor and aiding him in positioning the radioactive materials (often seeds).

Brachytherapy for prostate cancer can be done with both low-dose (permanent) and high-dose (temporary) radiation. The temporary treatment lasts about 30 minutes, after which the doctor removes the radioactive seed. With the permanent method, the seed is left in place and gives off a small amount of radiation for several months. At the end of the procedure, a catheter is placed in the patient's bladder to help him pass urine during recovery.

Side Effects of Brachytherapy for Prostate Cancer

There a number of side effects that may occur after treatment, including:

When performing external beam radiation therapy, a urologist or radiologist may implant three small non-radioactive gold seeds in the prostate using a needle. The seeds show up on X-ray imaging, allowing the physician to better focus the radiation at the prostate tumor. Knowing the position of the seeds—which are placed inside the prostate gland—enables the doctor to direct external beams of radiation at the tumor site with more preciseness. And because narrower beams can be used as a result of the visual, nearby tissues are less likely to be damaged.

The main risks of gold seed implants for prostate cancer are:

Outcomes of Brachytherapy for Prostate Cancer

Patients who undergo brachytherapy for prostate cancer are often selected based upon having a low Gleason score, low PSA level, or stage T2 to T2 tumors. All three of these may indicate a less advanced—and easier to treat—cancer.

Based upon a review of international data, the 10-year survival rate after high-dose brachytherapy for prostate cancer is 80 to 90 percent. Another study found that the 10- to 15-year survival rate ranged from 67 to 87 percent, depending upon the risk level.