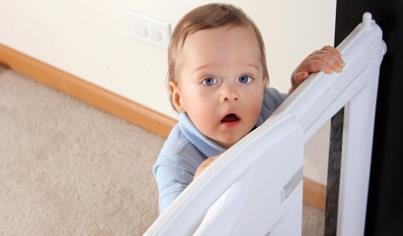 Treatments for neuroblastoma can include surgery, chemotherapy, radiation, and biologic therapy. Neuroblastoma is a pediatric cancer that can develop when neuroblasts do not mature into active nerve cells. Rather, they turn into cancer cells. As the malignant cells multiply, a tumor can form anywhere where nerves exist. Though the hard lump is most commonly seen in the nerve tissue of adrenal glands, it can also appear in the abdomen, neck, pelvis, chest, and spine.

The location of the tumor and whether it has spread will determine not only the treatment, but the type of symptoms. When neuroblastomas occur in the abdomen, symptoms can include frequent urination, the inability to empty the bladder, diarrhea, abdominal swelling, a tender lump under the skin, and a feeling of fullness. While some cases go away on their own, others will not and require multiple treatments. Treatments may be similar to those used for adrenal cancer, among others.

Treatment options for neuroblastoma include:

Neuroblastomas are usually treated with surgery. Depending upon the location and size of the tumor, the surgery may be done laparoscopically, whereby several small incisions are made in the abdomen, allowing surgical instruments and a tube with a light source and camera at its tip (endoscope) to be inserted to carry out the procedure. More complex cases may require open surgery. As much of the tumor is removed as is safely possible, although this depends upon its location and whether the cancer has spread to other areas of the body. If a surgeon cannot remove the tumor, he or she will do a biopsy instead. This small piece of tissue taken from the tumor is used to determine how advanced the neuroblastoma is. At this point, the surgeon may opt for radiation therapy, chemotherapy, and/or biologic therapy.

Radioactive iodine (RAI) therapy is another type of internal radiation therapy. During this treatment, a small amount of radioactive iodine is injected into the blood. The iodine collects in certain kinds of tumor cells and kills them from within.

Chemotherapy uses drugs to prevent cancer cells from growing, either by killing them outright or keeping them from forming new cancer cells. The way the drugs are given depends upon the stage of the cancer, but includes:

Biologic therapy uses the patient’s immune system to fight the tumor. Compounds that are made in a laboratory or by the body are used to restore, direct, or boost the immune system, allowing it to attack the cancer cells.

Since some neuroblastomas go away on their own, physicians may not give any treatment. Instead, they will monitor the condition of a patient to see if symptoms develop or change.

Several treatments are currently being studied in clinical trials. These may not be available to all patients.

In targeted therapy, drugs or substances are used to identify and attack the cancer cells without hurting normal cells. One example of this is monoclonal antibody therapy. Antibodies are proteins made by the immune system in response to foreign materials in the body. Certain antibodies attach to the surface of cancer cells or substances that help them grow. These cancer-specific antibodies can be used to deliver radioactive material, toxins, or drugs directly to the cancer cells.

Prognosis and Outcome for Neuroblastoma

The outcome for people with neuroblastoma varies. In some cases, such as with very young children, the tumor may go away on its own, even without treatment. The tumor tissue may also form a benign (noncancerous) tumor called a ganglioneuroma. In other cases, the tumor will spread (metastasize).

People respond differently to treatment. If the cancer has not spread, treatment is often successful. When the neuroblastoma has spread to other areas of the body, it is more difficult to treat. In general, younger children respond better to treatment than older children.