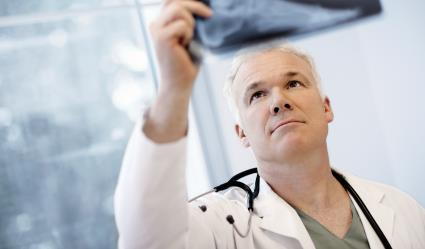 Penile cancer can develop anywhere on the penis and spread (metastasize) to nearby areas, as well as other body parts. About 95 percent of cases start in the flat skin or squamous cells, and the regions most often impacted are the foreskin (prepuce) and tip of the penis (glans). Untreated, most men with penile cancer die within three years, making early detection and treatment essential. A urologist can help with diagnosis, and an oncologist usually determines treatment once the cancer has been diagnosed and staged to determine its aggressiveness.

Surgery, radiation, and chemotherapy are standard approaches for treating penile cancer. Additional methods, such as biologic therapies and radiosensitizers, are still in clinical trials. The main goal of all penile cancer treatments is to eliminate disease while maintaining as much as possible the the appearance and function of the penis.

Surgery can be used for all stages of disease and is often performed when the cancer is located only on the skin and has not spread throughout the organ or to other parts of the body. There are several methods of surgery, including:

Chemotherapy or radiation therapy may also be performed after surgery to make sure all of the cancer cells have been killed.

With radiation therapy, high-energy x-rays or other forms of radiation are used to kill cancer cells or prevent them from growing.

There are two main types of radiation therapy:

The method used depends upon the type and stage of the penile cancer. Radiation therapy can be used for small lesions on the skin of the penis, or for larger lesions. Some choose this method in order to avoid surgery and preserve the shape and function of the penis.

Chemotherapy uses drugs, such as cisplatin, fluorouracil, bleomycin, and methotrexate, to kill the cancer cells or to stop them from growing. When taken by mouth or injected into a vein, the drugs pass into the bloodstream and eventually reach the cancer cells. For penile cancer in the early stages, topical chemotherapy—in the form of lotion, cream, or ointment—can be applied directly to the skin.

The method used will depend on how advanced the cancer is. Chemotherapy is sometimes combined with surgery or radiation therapy for a more aggressive and effective treatment.

Other Treatments for Penile Cancer

Biologic therapy encourages the body’s own immune system to fight the cancer. This experimental approach uses substances made by the body or manufactured therapies to boost the immune system or direct it to attack the cancer cells. In early-stage disease, biologic therapy may sometimes be applied directly on the skin.

Radiosensitizers are drugs that make cancer cells more sensitive to radiation therapy, which allows the treatment to kill more cells than radiation alone.

One scientific study found that when penile cancer was present in the penis, but had not spread to the lymph nodes, 80 percent of men were still alive five years after they were first diagnosed. When the cancer had moved to the lymph nodes, that survival rate dropped to 52 percent. When the cancer had metastasized to distant parts of the body, the five-year survival rate was 18 percent.