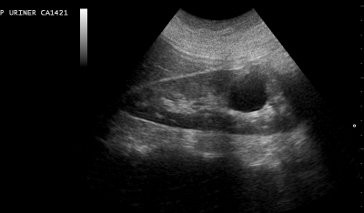 Cystic kidney disease is a general classification for a group of similar (heterogeneous) disorders that result in the development of cysts on the kidney. Kidney cysts are abnormal sacs that can be filled with fluids, gases or solids. These pouches can be microscopic, requiring no treatment. Or, they can be quite large, significantly impacting the function of one (unilateral) or both (bilateral) kidneys. While the kidneys are predominately affected in cystic kidney disease disorders, the liver, pancreas, brain, and areterial blood vessels may also be impacted.

Kidney cysts can be hereditary, meaning they are passed down in families. The inherited disorders occur when genetic abnormalities cause defects with the structure and function of the kidney(s). But renal cysts may also be acquired (nonhereditary), developing as the individual ages or making a formal appearance either in childhood or later in life. In both hereditary and nonhereditary cases, the cysts replace normal, healthy kidney tissue. As this happens, kidney function decreases, and can ultimately lead to kidney failure.

Nonhereditary cystic kidney diseases can result because of an injury or disease that impacts the kidney. Examples include:

Cystic kidney disease treatment depends on whether symptoms exist and if so, how severe they are. If cystic renal disease is not causing any symptoms and is not impacting the function of the kidney, no treatment may be required. Conditions that result from the cysts, such as urinary tract infections and kidney stones, will require antibiotics or surgery. Cysts that cause pain can be drained by inserting a needle and drawing out its contents. Patients with cysts are typically monitored to detect their development and look for signs of cancer. Surgery may be needed to stop the sacs from bleeding. Cysts can result in renal failure, requiring dialysis or renal transplant.