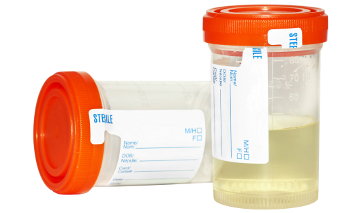 Urethritis is a condition in which the urethra, the tube that transports urine from the bladder to outside the body, becomes irritated and swollen. It can be caused by bacterial infections, sexually-transmitted diseases (bacterial and viral), or by physical irritation of the urethra. Urethritis occurs in both men and women.

The most common cause of urethritis is infection, which causes around 4 million cases in the US each year. It can be caused by the same bacterium that causes urinary tract infections (E. coli), and more than 700,000 cases are due to gonorrhea, a sexually transmitted infection (STI) caused by the Neisseria gonorrhoeae bacteria. A large number of urethritis cases can also be blamed on another common bacterial STI, chlamydia. And in rare cases, the condition can be caused by the herpes simplex virus.

Injury or trauma to the urethra can also result in urethritis. This can be caused by catheterization, diagnostic probes, or even a sensitivity to chemicals like those in spermicides and contraceptive gels or creams.

Certain people are at increased risk for the condition, including:

Some people experience multiple symptoms while others experience none at all. Symptoms largely depend on the condition's underlying cause, and present differently in men and women.

Urethritis in men may cause one or more of the following symptoms:

Symptoms of urethritis in women include:

Before a physician can diagnose urethritis, he must conduct a physical exam and order lab tests.

In men, the physical examination will cover the bladder, abdomen, scrotum and penis, as well as a prostate exam in older men who also have rectal pain.

A physical examination in women includes an abdominal and pelvic exam, with an optional bladder exam (cystoscopy) to look for signs of a bladder infection.

The lab tests that look for signs of an infection include:

Treatment of urethritis includes resolving the underlying cause and, if the cause is communicable, preventing the infection from spreading to others.