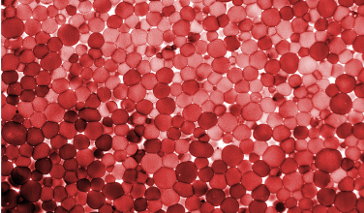 Blood in semen, or hematospermia can be rust colored, bright red, or coffee brown, and is often benign. It commonly results from an injury incurred during prostate surgery or a vasectomy, for instance. But it could also be indicative of other problems, including blockages, infection and inflammation, injury, surgical procedures, and medical conditions.

Blood in semen is common after procedures are performed on the prostate or elsewhere in the male reproductive system. On average, more than 80 percent of men who've had a prostate biopsy find blood in their semen, and it typically lasts for three to four weeks. After a vasectomy, hematospermia can last a week or more.

Outside of these procedures, hematospermia in men under the age of 40 is often due to infection of the reproductive system or urinary tract. Sexually transmitted infections (such as chlamydia or gonorrhea), as well as inflammation of the prostate, urethra, epididymis, or vas deferens, can all cause blood to leak into semen from the glands or ducts. In these cases, there will likely be other symptoms, including:

Rarely, blood in semen can be caused by cancer—most frequently prostate cancer, but testicular cancer, bladder cancer, or seminal vesical cancer can also cause the appearance of blood in semen. In these cases, it might be accompanied by other symptoms, including:

Blockages along both the urinary and reproductive tract can cause blood vessels to break and leak into the semen. In men over 40, the most common blockages are caused by prostatitis or benign prostatic hyperplasia (BPH). Other, less frequent causes include urethral stricture, ejaculatory duct obstruction (a congenital condition), and stones in the ureter or prostate. In these cases, additional symptoms include:

Congenital bleeding disorders, such as hemophilia (the blood's inability to clot normally), can cause blood in the semen, particularly if an injury has occurred to the testicles, prostate or perineum. While hemorrhage is the most common symptom of a bleeding disorder, others include: