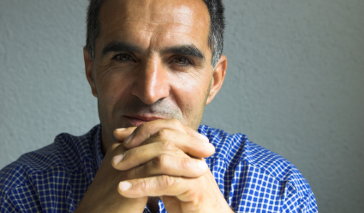 Everything You Need to Know about Getting a Vasectomy

A vasectomy is a male sterilization procedure where the ducts (vas deferens) that transport sperm from the coiled tube (epididymis) located on the back of each testicle are cut, tied, and sealed off so that sperm no longer enters the ejaculate stream. Considered one of the most highly effective and sought after forms of birth control, a vasectomy is performed on roughly half a million men each year in the United States and has shown to be 99 percent effective at preventing pregnancy.

Though deemed permanent, vasectomy reversal can be performed if a man changes his mind and later decides he wants to father children. However, a reversal procedure is more complex and expensive.

A traditional vasectomy begins by thoroughly sanitizing and shaving the scrotal area. A local anesthetic is then injected into and around the scrotum to prevent pain during the procedure. A small incision is made on one side of the scrotum, and the vas deferens (the tubes which carry sperm from the testes) is pulled out through the incision. Two clamps are placed on the vas deferens and the section between them is removed. The two ends of the separated tube are then sealed with sutures and/or cauterized. The vas deferens is placed back in the scrotum and the procedure is repeated on the other side.

In all, a vasectomy can take up to 30 minutes to complete. Post-surgical pain typically lasts just a few days and can be treated with ice or over-the-counter medications (such as acetaminophen or ibuprofen).

Other Types of Vasectomies

There are several alternatives to the traditional "scalpel" method of vasectomy, all of which use anesthesia. These include:

Rather than putting a blade to the scrotum, the front of the sac is pulled and grasped so that the underlying vas deferens tube can be made visible. Once in view, a clamp is placed over the area where the vas deferens resides. A sharp surgical tool is then used to puncture the skin and stretch it, allowing the vas to be drawn through the opening. Held by clamps, a small portion of the vas is clipped and removed before being sutured or cauterized shut. This is done again on the opposite side.

A fascial interposition is an optional step that can be combined with "no-scalpel" vasectomy. Here, after a small portion of the vas deferens has been cut away and both newly free ends have been cauterized, the fibrous layer of tissue (fascia) removed from the vas during the excision is sewn over the end of the vas that is connected to the prostate gland. This provides an additional barrier against sperm seeking to enter the vas deferens.

In this method, the end of the vas deferens connected to the testicle is not cauterized or sealed, which allows sperm to continue to stream into the scrotum. Rather, the end which leads to the prostate is sealed. The open-ended method is less painful for many patients and leads to fewer complications.

Regardless of which type of vasectomy is performed, men should not expect to be sterile immediately. Sperm can remain in the vas deferens (usually on the prostate side) for up to several months which can cause pregnancy after vasectomy. Tests which check sperm count are typically performed several times to ensure the procedure was successful in ridding the ejaculate of sperm. Until the sperm count reaches zero, pregnancy can still occur.

Benefits of a Vasectomy

Provided the male is prepared to accept the new life change, vasectomy offers a number of benefits, including:

Bleeding and infection are two risks commonly associated with any surgery. While anesthesia is used to prevent pain during the procedure, the patient might feel a slight pulling sensation. Post-operative there may be a dull ache for a few days.

Other risks/symptoms associated with a vasectomy include:

No-Needle, No-Scalpel Vasectomy
What to Expect During Your Vasectomy Reversal
Ten Treatments for Male Infertility from Hormone Replacement Therapy to Surgery