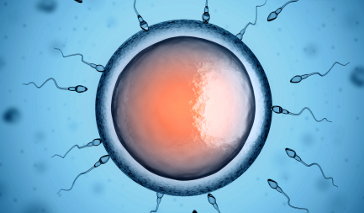 Infertility is typically defined as a couple's inability to conceive after trying for at least a year. Between 15 and 20 percent of couples are infertile: One-third of those cases are solely due to the man, with roughly another 30 percent due to contributing issues from both partners.

Treatment depends upon the underlying cause, which can be anything from problems with sperm production to the testicles' ability to transport sperm to the ejaculate. Approximately half of male infertility cases can be corrected using medical or surgical treatments. In addition, assisted reproduction techniques (ART) such as sperm retrieval and in vitro fertilization can help a couple conceive.

When these hormones are out of balance, sperm production can be disrupted and lead to a low sperm count or even the complete absence of sperm (azoospermia). In these cases, medications may be able to stimulate hormone production. And in some cases, such as with testosterone replacement therapy, patients are given shots of the hormones directly.

Some men develop antibodies that attack and damage the sperm cells. While antibodies are usually a tool the immune system uses to fight off infections and other foreign substances, antisperm antibodies can develop if sperm come into contact with the immune system during surgery (such as a vasectomy) or after an injury to the testicles. Three to six months of steroid therapy can be prescribed to prevent the immune system from attacking the sperm. Side-effects can include weight gain, a breakdown of the hip bones, or an increase in the production of the stress hormone cortisol. Treatment with steroids is not a permanent fix, but may enable a man to get his partner pregnant. If this treatment is not successful, men can try other options, such as assisted reproduction techniques.

Some men have retrograde ejaculation, whereby sperm enter the bladder instead of passing out of the body in the ejaculate. This can happen when the muscles at the base of the bladder don’t tighten properly during orgasm to keep sperm out. This may be the result of surgery, medications, or nerve damage. Retrograde ejaculation treatment may consist of medications, like antihistamines and tricyclic antidepressants, which can help keep the bladder closed during ejaculation. Sperm can also be taken from the bladder and used to artificially fertilize a woman’s egg via assisted reproduction techniques.

Poor diet and lifestyle can decrease sperm count and quality. The following may help a man increase his fertility:

Depending upon the underlying cause, surgery may be an appropriate option for treating infertility. Surgical options include:

When enlarged veins in the scrotum increase the temperature of the testicles, sperm production decrases. A varicolectomy removes the large veins and can improve semen quality in up to 70 percent of patients, sometimes as soon as 3 months after surgery.

Transurethral Resection of the Ejaculatory Ducts

An obstruction in the ejaculatory ducts (often present since birth) can block semen flow and make a man infertile. Surgery to remove the obstruction may involve removing part of the prostate gland in order to allow sperm to flow into the urethra (the tube that carries urine and semen out of the body). Transurethral resection restores sperm to the ejaculate in about 50 percent of infertile men.

In addition to the general surgery risks outlined below, side-effects can include watery ejaculate, infection of the epididymis, bleeding at the site of the incision, or sperm ending up in the bladder. In addition, blood may end up in the urine or ejaculate; this is not abnormal.

In cases where it is not possible to increase a man's sperm count, sperm can still be retrieved and used for assisted reproduction techniques, such as in vitro fertilization. Sperm can be retrieved from either the testicles or the epididymis via open or percutaneous (accessing an organ through a needle puncture in the skin) measures.

A vasectomy reversal can be performed if a man later decides to have children. During the procedure, the tubes that carry sperm (vas deferens) are reconnected, or are connected directly to the epidymis, to allow sperm to enter the ejaculate.