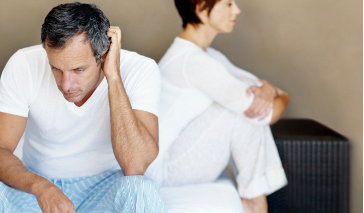 Approximately one out of every 25 men are infertile, and 90 percent of those cases of male infertility are due to low sperm count, poor semen quality, or both. Some studies have found that, even without treatment, 33 percent of infertile couples are still able to conceive within four years.

In general, male infertility is caused by difficulty with one or more of the following:

These difficulties can stem from several underlying causes, including:

In addition, sperm concentration decreases as men age, starting around age 35. Older men may be just as fertile as younger men, although it can take longer for them to get a woman pregnant.

Because a couple’s infertility can involve either the man, the woman, or both, a doctor may request an examination of the patient's partner. Around 70 percent of cases of male infertility can be diagnosed with the following:

In some cases, diagnosis may also involve an ultrasound to examine the size and shape of the testicles, to determine whether a varicocele is present, and to check for problems with the ejaculatory duct or seminal vesicles. When a man has a very low sperm count, a doctor may also request genetic testing to look for inheritable causes that can affect fertility, such as cystic fibrosis (CF) and problems with the Y chromosome.

Treatment of male infertility depends upon the underlying cause, and can include medical therapy and surgery.