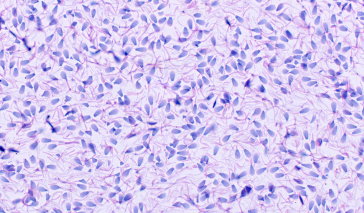 Retrograde ejaculation occurs when semen is directed to the bladder rather than ejaculated normally through the urethra. Typically, the sphincter muscles of the bladder contract just before ejaculation, propelling semen through the urethra. But if the bladder sphincter is dysfunctional (something that can happen from medication, surgery, or an underlying condition), semen can instead travel to the bladder, where it mixes with urine and is expelled during urination. While this condition is not harmful or painful, it can affect fertility and prevent conception.

When a man orgasms, his testicles release sperm. From there, the epididymis (a tightly-coiled tube attached to the rear of each testicle) transports the sperm to the vas deferens ducts where they mix with fluids before moving into the urethra and out of the body. Because urine also travels through the urethra, the bladder's neck usually constricts during an orgasm to ensure the ejaculate leaves the body and is not misdirected. But if the bladder neck muscles do not properly contract, ejaculate can instead go up and into the bladder.

Several factors can cause dysfunctional bladder neck muscles. These include:

The most common symptom associated with retrograde ejaculation is a dry orgasm, in which little to no semen is expelled. Instead, after sex a man may notice his urine is cloudy, a result of semen being misdirected into the bladder. Another common symptom, infertility, takes longer to notice.

Retrograde ejaculation can be diagnosed by:

Retrograde ejaculation treatment is not typically required unless a man is concerned about infertility. Treatment, which may include medication and surgery, depends upon the underlying cause.