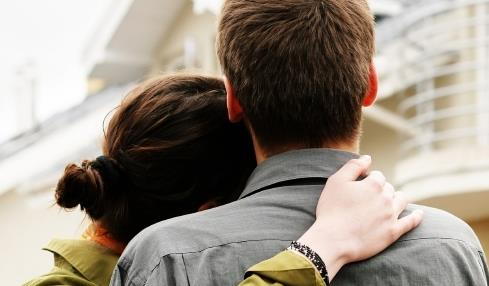 What to Expect During Your Vasectomy Reversal

A vasectomy reversal is a surgical procedure that reconnects the male reproductive tract that was disconnected by a vasectomy. Some men who have had the male sterilization procedure (vasectomy) to keep sperm from entering the ejaculate—thus preventing pregnancies—might regret the decision and decide that they want to have children later on in life. Every year in the United States, approximately 50,000 men choose to have a vasectomy reversal. Though more complex and costly, the procedure can reattach the severed ends of the vas deferens, the ducts that transport sperm into the urethra so that they can combine with secretions produced by the seminal vesicles, prostate gland, and the bulbourethral glands to make the bulk of semen.

The vasectomy reversal procedure aims to restore fertility, but there are no guarantees that he and his spouse will successfully conceive a child. Time is a big factor; success largely depends on the amount of time that has passed between the vasectomy and the vasectomy reversal—after three years, pregnancy success rates begin to drop. This may be due to blockages that form between the vas deferens and the epididymis, and in some instances men may develop antibodies to their own sperm.

The type of vasectomy reversal performed also plays a role in patency (return of motile sperm) and pregnancy success rates.

Prior to starting the vasectomy reversal, the scrotum is completely shaved and sterilized. General anesthesia is then administered to provide comfort and prevent pain during the procedure, which may come in the form of a vasovasostomy or vasoepididymostomy. Many times, the type of reversal performed is not determined until the vas deferens have been assessed. In either operation, however, an incision is made on the front side of the scrotum so that the vas deferens can be drawn and lifted out. The sutures that were put in place to keep the vas deferens closed are removed so that fluid can be collected and analyzed under a microscope. If sperm are present in the fluid, a vasovasostomy will be performed. If the fluid is thick and pasty, or if no sperm is present, a vasoepididymostomy will need to be carried out. In all, a vasectomy reversal can take anywhere between 2.5 to 5 hours to complete.

This type of reversal is performed when fluid quality is good and clear. Here, the ends of the vas deferens are sewn back together in either a single layer or multiple layers using microscopic stitches. The vas is then inserted back into the scrotum and the incision is sewn up. The procedure is then repeated on the opposite side of the scrotum.

A vasoepididymostomy is performed if a pasty fluid is detected, or if the fluid quality is bad or no sperm is present at all. In many cases, this means that a secondary blockage has occurred after the original vasectomy. The obstruction typically happens in the epididymis and tends to develop the longer the vas deferens tubes have been tied off. This procedure is more complex and calls for the surgeon to connect the cut end of the vas deferens directly to the epididymis using micro-stitches. The vas is then placed back in the scrotum, the incision is sewn up and the procedure is repeated on the other side.

Risks, such as bleeding and infection, are common with any surgery, including a vasectomy reversal. To prevent infection, antibiotics are typically given prior to surgery and after, if needed.

A vasovasostomy carries a risk of fluid buildup within the scrotum. This sometimes needs to be surgically drained. Scrotal bruising and swelling are also common post-operative complaints, and secondary blockages along with resulting azoospermia (not enough sperm in the semen) are possible.

A vasoepididymostomy renders the same risks, but has additional ones as well:

Success rates of vasectomy reversal depend on the type of reversal performed and the length of time between the original vasectomy and the reversal. Following a successful vasovasostomy, between 75-95 percent of men are found to have sperm present in their seminal fluid, and 50-75 percent of the time pregnancy is achieved. A vasoepididymostomy, on the other hand, may return sperm to the seminal fluid in 50-80 percent of cases but has lower pregnancy success rates (ranging between 20-40 percent).

The largest success rates in restoring fertility happen within three years of the original vasectomy. The rate of pregnancy after vasectomy reversal drop to 30 percent in couples if it's been more than 10 years since the vasectomy. After 15 years, the success rates fall even more dramatically. It should be noted, however, that some men have had a vasectomy reversal 30 years after the initial surgery and were still able to become new fathers.

Since vasectomy reversals are elective, insurance typically does not cover the procedure. The cost of a reverse vasectomy can vary depending on a number of factors, including the surgeon's expertise, location, and type of surgery performed. Vasovasostomies, since less complex than a vasoepididymostomy, is less expensive. Still, both procedures range between $5,000 and $15,000. This may or may not include additional fees, such as for anesthesia.

Everything You Need to Know about Getting a Vasectomy
No-Needle, No-Scalpel Vasectomy
Ten Treatments for Male Infertility from Hormone Replacement Therapy to Surgery