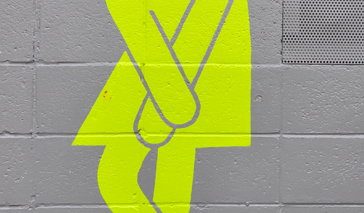 Genital symptoms occur in the sex organs or pelvic region of men and women, and may or may not be caused by an infection--sexually transmitted or otherwise. The conditions associated with genital symptoms vary and carry a host of other symptoms that range from mild to severe.

The most common symptom is sudden and severe testicular or scrotal pain, followed by:

Epididymitis, orchitis, epdidymo-orchitis refer to inflammation of the epididymis (the coiled tube at the back of the testicle that stores and carries sperm), the testicles, or both. These conditions are often caused by a bacterial infection or virus, and may or may not be sexually transmitted. Associated symptoms include:

Genital Cancer: Genital symptoms also include cancerous growths, which may occur in the testicles or cells that line the surface of the vagina, or on the vulva (the skin that surrounds the urethra and vagina) or penis.

Vulvar cancer typically results in a lump or sore on the skin, followed by itching. Other symptoms include:

In the early stages of vaginal cancer, symptoms may not present. But as the disease progresses, the following symptoms may occur:

Testicular cancer occurs in the testicles, the male reproductive organs that produce sex hormones and sperm. Symptoms include:

When cancer starts in the penis, symptoms may include:

Priapism is a persistent erection that lasts more than four hours. It occurs without sexual stimulation; rather, the condition develops when blood becomes trapped in the penis and is unable to drain. This may be due to medication (e.g. erectile dysfunction), an injury to the genital area, illicit drug use, or blood disorder (sickle-cell or leukemia).

This condition requires immediate attention to prevent scarring of the penile tissues and permanent erectile dysfunction. Symptoms other than a prolonged erection include:

Because the symptoms that affect the genitals are so similar, diagnosis frequently involves the use of laboratory tests. This enables doctors to identify the likely cause of the symptoms and plan an appropriate course of treatment.

Blood and urine tests to look for signs of an infection and, if necessary, to determine the levels of tumor markers (such as prostate-specific antigens) in the blood and urine.

Physical examination of the genitals to look for unusual lumps and growths, as well as tender areas, inflammation, discharge, skin changes, and swollen lymph nodes.

Biopsy: A small piece of tissue is removed and examined to determine the presence and stage (how advanced) of cancerous cells.

Pap smear: This test is done to diagnose cervical cancer, which is caused by the human papillomavirus. During a pap smear, cells are scraped from the opening of a woman’s cervix and examined for signs of cancer. This can be coupled with a colposcopy exam, which uses a magnifying glass to closely inspect the vulva and vagina.

Imaging tests (like X-ray and ultrasound) use various sources of energy to create visuals of the body's organs and tissues. These exams may be performed to detect genital tumors, injuries and abnormalities. They may also be used to diagnose testicular torsion, epididymitis, orchitis, epididymo-orchitis, and priapism (in this case, blood flow within the penis is measured).

Sexually transmitted infection (STI) screening requires a sample of discharge from the urethra (tube that allows urine to exit the body). The sample is then tested for bacteria or other infectious agents.

Lumps in Scrotum
Lumps in the Groin
Orchitis