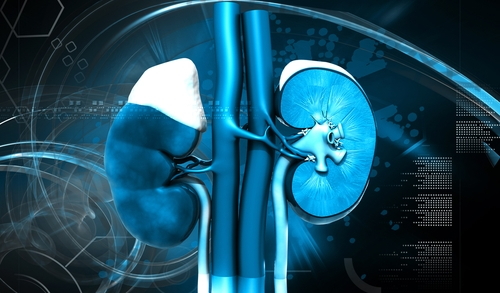 da Vinci pyeloplasty is a surgical reconstructive procedure used to treat ureteropelvic junction obstruction, in which a blockage occurs at the renal pelvis, the funnel-shaped cavity where the kidney meets the tube that transports urine to the bladder (ureter). Removing the blockage decompresses the kidney and allows urine to properly drain out.

Pyeloplasty can be accomplished by making a large cut in the patient's side (open), through several small incisions in the abdomen and using a camera and tiny surgical instruments to perform the surgery (laparoscopy), or by making little cuts in the abdomen and manipulating mechanical arms from a console to accomplish what would normally be done by hand (robotics). da Vinci pyeloplasty surgery combines laparoscopy with robotics.

The kidneys, which are located in the lower back, get rid of waste and excess fluids in the body by producing urine. The urine drains from each kidney into the ureters, then into the bladder and out the urethra.

At times, a blockage can occur in the area where the kidneys meet the ureters (ureteropelvic junction). This can cause urine to back up behind the blockage and, if left untreated, can damage the kidneys. Symptoms of a kidney blockage includes blood in the urine and flank pain.

This blockage is sometimes present in people at birth (a hereditary condition). It can also be caused by kidney stones or scar tissue (such as from previous surgeries).

With da Vinci pyeloplasty, small cuts are made in the abdomen and a long, thin tube with a light source and camera at its tip (endoscope) is inserted through one of the incisions, while special wristed instruments that flex and turn more than the human wrist are advanced through the other openings. This permits accuracy, agility, control and better vision.

The instruments cut away and remove the obstruction between the kidney and ureter. A wider channel is then created by using tissue from the remaining portion of the ureter and renal pelvis. Sutures are used to keep the renal pelvis in tact so that the ureter and kidney are properly connected and functioning.

If kidney stones are present and causing the blockage, these may be taken out at the same time. Also, the surgeon will place a small, mesh tube (stent) in the kidney to keep the conduit open and improve healing. The stent will be removed a month later in the doctor’s office.

Every surgery carries potential risks, including da Vinci pyeloplasty. They include:

Success rates vary and depend on kidney function, the degree of obstruction, whether the blockage is primary or secondary, and the skill of the treating physician. Still, da vinci pyeloplasty is largely effective, with success rates ranging from 94-100 percent. Open pyeloplasty has success rates that are greater than 90 percent, and laparoscopic pyeloplasty ranges from 88-100 percent (though the average is 90 percent).