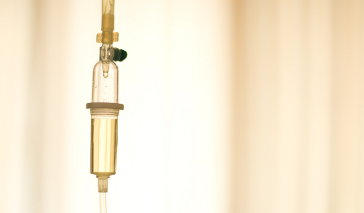 Fournier’s gangrene affects the genitals or the urinary tract, often beginning when bacteria enters through a wound. The resulting infection withholds oxygen from the affected tissue, leading to necrosis. The skin, along with the superficial and fibrous membranes that divide the muscles and protect nerves and vessels around the genital region, are often damaged. Should a standing medical condition be present, like an immune system deficiency, the infection can spread beyond the genitals to the abdominal wall, buttocks, pelvis, back, retroperitoneum and, worse, the blood.

Treatment for Fournier’s gangrene is vital to prevent amputation, organ failure, death, and excessive removal of the dying tissue and skin. Approaches involve surgery, antibiotics, and hyperbaric oxygen therapy. Underlying conditions like diabetes or alcoholism, which can interfere with blood flow to the affected area, are also dealt with.

Since Fournier’s gangrene is most often caused by a bacterial infection, antibiotics are given in order to stop the infection. Several drugs may be given to kill a wide range of bacteria.

Antibiotics used for Fournier’s gangrene include:

If tests of the affected tissue show the presence of fungi, other drugs may be used to stop the fungal infection, such as amphotericin B or caspofungin.

If diagnosis shows that Fournier’s gangrene is definitely present, the dead tissues will be removed surgically (debridement). Having surgery earlier reduces the risk of the flesh or skin dying.

During surgery, the skin is opened widely to expose all of the affected tissues. The dead tissue is cut out of the body. The surgeon may also remove tissues that still have a good blood supply, as well as the skin if it appears to be infected.

Blood vessels may be closed using heat (electrocautery) to reduce the amount of blood lost during surgery. The testicles can often be saved, unless they have been affected by gangrene. In this case, the testicle(s) may be removed (orchiectomy).

Samples of the removed tissues are sent to a laboratory to test for bacteria and to look at the type and extent of damage.

After the infection is gone and healthy tissue has started to grow, a surgeon will rebuild the area. This may involve sewing flaps of skin over the area, or transplanting skin from another area (skin grafts).

Hyperbaric oxygen therapy may be used alongside surgery and antibiotic therapy, especially if conventional treatments have not worked. In this therapy, patients are placed in a pressurized room filled with pure oxygen. This allows the lungs to collect more oxygen than by breathing air at normal air pressure. The extra oxygen in the blood stimulates the release of stem cells and growth factors that help the body heal.

Following debridement and reconstruction of the scrotum, penis, perineal, and abdominal wall skin, prognosis tends to be good. The scrotum, in particular, has the ability to mend itself and regenerate when the necrosis and infection are gone. With the penis, however, roughly 50 percent of men develop pain during an erection due to the presence of scar tissue.

Mortality rates vary, ranging from 20-75 percent. An improved prognosis is related to several factors, including age (younger than 60), early treatment, bacteria-free blood cultures, an immune system that is not deficient, no preexisting conditions that impact blood circulation, and no systemic toxicity or organ failure.