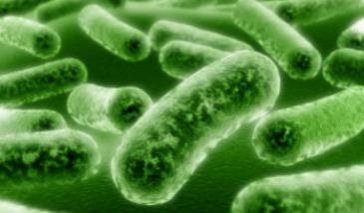 Fournier's gangrene often begins when bacteria enter the genitalia, perineum, or colorectal area through a wound and cause an infection that deprives the infected tissue of oxygen, thus leading to necrosis. The skin, as well as the superficial and deep fibrous membranes that separate the muscles and guard nerves and vessels around the genital region, are typically destroyed. If an existing condition such as an immune system deficiency is present, the spread of the infection is greatly assisted and may reach the buttocks, abdominal wall, back, pelvis, retroperitoneum, and beyond.

The most common symptoms of Fournier's gangrene is the graying or blackening of the skin and a foul odor coming from the infection site. Although extremely rare, it is important that Fournier's gangrene, if suspected, is treated immediately to avoid excessive debridement, multiple organ failure, amputation, or death (particularly if the infection reaches the blood).

Fournier gangrene results from a bacterial infection in the genital area. Most cases are sparked by a combination of aerobic (requiring air) and anaerobic (living without oxygen) bacteria. Anaerobic microorganisms particularly flourish in oxygen-poor environments and generate enzymes that cause the infection to spread. E.coli (an aerobic microorganism often found within the digestive tract), bacteroides (anaerobic), streptococcus (anaerobic), enterococcus (aerobic), staphylococcus facultative anaerobes that grow by aerobic respiration), pseudomonas (anaerobic), klebsiella pneumoniae (aerobic), and proteus (aerobic) are the most common bacteria that lead to infection associated with Fournier's gangrene. These organisms tend to make the blood clot, thus depriving tissue of necessary oxygen.

Men are 10 times more likely than women to develop Fournier's gangrene. Often the testicles, urethra (tube that allows urine to exit the body), and the chamber inside the penis that fills with blood to produce an erection are not usually affected. Rather, the superficial and deep layers of fibrous tissue, as well as the skin, are typically destroyed.

The following are risk factors associated with men and this condition:

Though women rarely develop Fournier's gangrene, destruction usually occurs in the fibrous tissue that makes up the vaginal wall, buttocks, abdominal wall, back, pelvis, and retroperitoneum.

The following risk factors are associated with Fournier's gangrene in women:

Other associated conditions and/or events that involve both men and women include:

Since Fournier's gangrene is extremely aggressive, diagnosis should made through clinical examination rather than waiting for diagnostic tests and procedures, which can lead to delayed treatment. Clinical examination should include palpation of the urogenital and perineal areas; noting any sensitivity to touch, localized tenderness, visible wounds, excess pus or soft-tissue decay.

When diagnostic tests are called for, they may include one or more of the following:

Should a diagnosis not be made after these tests, a tissue sample may be taken and examined under a microscope to look for and determine the type of bacterial infection.

Treatment for Fournier's gangrene starts with antibiotics, followed by debridement of the dying skin. These may also be paired with hyperbaric oxygen therapy. Depending on the aggressiveness of the gangrene, amputation may be required.