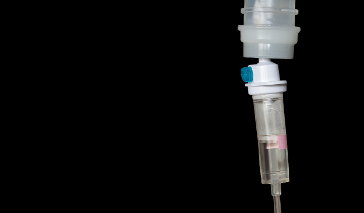 There are three surgical approaches for testicular cancer, including:

If testicular cancer is detected early enough, or if it is restricted to the testicle, surgical removal often is the only treatment needed.

Chemotherapy is usually used for those cases of testicular cancer that have spread beyond the testicle, that have a high risk of recurrence once a testicle has been removed, or in which surgery fails to remove all traces of disease. The approach utilizes drugs (such as cisplatin, bleomycin, or etoposide) that locate and destroy all rapidly dividing cells, including the cancerous ones. The drugs can be administered intravenously, orally, or injected directly into the testicle.

Typically, a variety or "cocktail" of chemotherapy drugs are used in combination. Each targets cancer cells in different ways, maximizing the drugs' effectiveness.

Seminomas—one of two main types of testicular cancers that is characterized as being slow-moving and affecting only the testicle—respond well to radiation therapy and may require about two weeks of treatment. Nonseminomas, which spread quickly and frequently consist of more than one cell type, do not respond as well to radiation therapy. Surgery and chemotherapy are preferred treatments for this cancer type.

This approach is used if testicular cancer recurs and aggressively multiplies. Stem cells (immature blood cells) are extracted from bone marrow or the blood and injected into the patient in an attempt to promote healthy blood cell growth. Transplantation is often done after chemotherapy since it tends to destroy blood-forming cells.

A good prognosis typically refers to a cancer that is in stage I or II, has not spread to surrounding organs or lymph nodes, and that has no or low levels of blood tumor markers. The American Cancer Society (ACS) refers to this stage as "local," and the survival rate is nearly 100 percent.

Those with an intermediate prognosis have tumors that have spread outside or behind the abdominal wall, sometimes the lungs, and show only slightly elevated tumor markers. The ACS terms this the "regional" stage, and patients diagnosed at this stage have a nearly 100 percent 5-year survival rate.

Patients with a poor prognosis typically have highly elevated tumor markers and cancer that has spread to several organs beyond the lungs, or a tumor that has spread to the mediastinum (the chest area between the lungs). This is known as the "distant" stage, and carries a five-year relative survival rate of 28 percent, according to the ACS. When this stage is treated aggressively with radiation and high levels of chemotherapy drugs, an estimated 50 percent of cases can be cured.