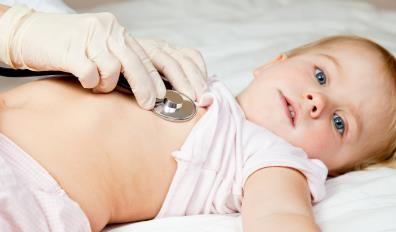 Wilms tumor, or nephroblastoma, is a rare type of kidney cancer commonly found in young children between the ages of 3 and 4. The cause of this condition is unclear, but it is believed that the kidney cells develop defects in their DNA during the child's early development, which results in a tumor that affects one or both kidneys. The abnormal cells that lead to Wilms tumor may spread beyond the kidneys, affecting the lymph nodes, lungs, liver, and bladder.

Often there are no symptoms, but some children will experience fever, abdominal swelling and pain, blood in urine, and loss of appetite. The most telling sign is a hard lump in the abdomen. On average, Wilms tumors are one pound at diagnosis.

Treatment relies on the type of Wilms tumor (favorable versus unfavorable in terms of ability to cure) and its stage (whether or not the cancer has spread beyond the kidney). Regardless, surgery will be used alone or in combination with chemotherapy and radiation therapy.

A nephrectomy is the standard surgical procedure when treating all stages of Wilms tumor. Here, either a portion (partial) or all (radical) of the diseased kidney will be removed via one of two techniques:

During a radical nephrectomy, the fatty tissue and lymph nodes surrounding the organ, a segment of the ureter (tube that transports urine from the kidney to the bladder), and the connecting adrenal gland may be extracted as well. A partial nephrectomy seeks to preserve as much of the healthy kidney as possible, only removing that portion which is cancerous. In severe cases where both kidneys are removed, the child will need dialysis until a kidney transplant is available.

Chemotherapy uses drugs (such as actinomycin D and vincristine) to kill kidney cancer cells, and is often combined with surgery if the cancer has spread or is likely to spread to other regions of the body. Chemotherapeutic agents—given intravenously, by mouth, or injected directly into the kidney—are designed to attack the fast-growing cancer cells, but also affect rapidly dividing normal cells, such as those in hair follicles, bone marrow, and the intestinal tract. As a result, the drugs cause patients to have side effects such as bleeding, bruising, digestive issues, hair loss, and increased susceptibility to infections.

With radiation therapy, high-energy rays (radiation) are aimed at the kidney in an attempt to destroy the cancer cells. This treatment option can be combined with surgery and chemotherapy, and is often used when the tumor is complex (unfavorable) and has advanced in stage (stages III, IV, and V).

The five-year survival rate for children diagnosed with Wilms tumor is about 90 percent. This rate depends much on the tumor’s favorability, as well as what stage the cancer is at the time of diagnosis. Still, in more advanced stages where the tumor is malignant and complex (unfavorable), a combination of surgery, radiation, and chemotherapy can render a four-year survival rate of 38 percent. That figure spikes almost 50 percent if the tumor is favorable. In general, the sooner the kidney is removed, the better the outcome.