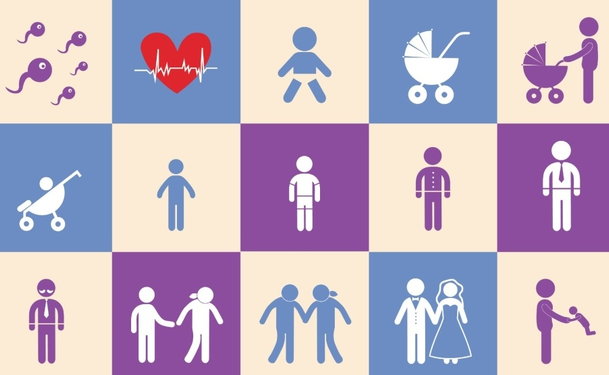 In spite of what you may hear in the media or see in the movies, there is no age limit on sex for men. But while men can continue to enjoy themselves in the bedroom well into their golden years, and beyond, their bodies undergo changes that can affect their erections, sexual experiences and relationships.

Because sex is often a big part of how men define themselves, these changes can sometimes be concerning. And while some declines in sexual health are signs of more serious conditions, many of these changes are a natural part of aging. Understanding what to expect after the sexual peak of their 20s and 30s can help men adapt to their new sex life as they get older.

Sex for Men in Their 30s

Many of the sexual health changes that men experience result from declines in male hormones. In particular, testosterone levels in men decrease gradually starting as early as age 35, but more commonly in their 50s. This drop is sometimes called “male menopause” or andropause.

Although middle-aged men and older can still father children, many men choose to start a family during their 20s and 30s. If a man no longer wishes to have children, one popular option for birth control is a vasectomy, which is both permanent and won’t affect a man’s sex life. If a man later decides that he wants to have more children, a vasectomy reversal can often restore fertility.

Sex for Men in Their 40s

After age 40, and definitely by 50, men may notice changes in their erections. They may happen less often, become less firm and take longer to rise. In addition, just thinking about sex may no longer be enough to get a man hard, but extra fondling can sometimes help a man get things going.

While losing some firmness, or having difficulty keeping an erection in the face of small distractions like the television blaring next door, can be troubling, these changes are perfectly normal. In fact, worrying about them can make the problem worse by reducing blood flow to the penis.

During their 40s, men may also notice a decrease in their sex drive. Or they may still think about sex, but not have enough interest in starting anything in the bedroom. This could be related to a normal decrease in testosterone, but stress and relationship problems can also play a role.

Sex for Men in Their 50s and Beyond

Around age 50, the sexual experience for men may shift, becoming less physically demanding and more laid back—like the difference between playing a game of pick-up basketball and going for a hike with your partner. But men can still keep the passion alive by adjusting to the changes in their body that comes with aging.

This includes, of course, a continued decrease in sex drive, but also the possibility of erectile dysfunction, which is the inability to achieve or maintain an erection long enough to have sex. Most men experience the occasional difficulty with erections, which is normal. However, if the problem worsens or becomes more frequent, it may be a sign of erectile dysfunction.

Although the risk of having erectile dysfunction increases between the ages of 40 and 70, this condition is not directly related to aging. Instead, many health conditions that are common during middle age can contribute to erection problems—including heart disease, diabetes and obesity. Other factors can also affect a man’s sex drive or his ability to have erections, such as stress, depression, certain medications and relationship problems

One thing that men in their 50s and beyond may have in common with younger men is premature ejaculation. This problem often stems from anxiety or focusing too much on penis-centered sex. To combat this, men can spend more time on whole-body touching, which takes the pressure both off his mind and the penis.

Understanding the changes that the body goes through with aging can help a man navigate these new sexual waters. But it is also important for a man to talk with his partner about these changes. This not only helps your partner understand what’s going on in your body, but will also make it easier to ask for the kind of touch that will get you aroused, allowing you to continue enjoying sex together.