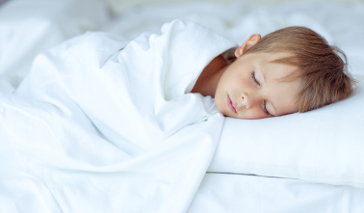 Ectopic ureter is a medical condition most commonly diagnosed in children and occurs when a ureter does not properly connect to the bladder and terminates elsewhere, such as the urethra, prostate or vagina. This can cause a number of problematic symptoms.

Who's at Risk for Ectopic Ureter?

While girls are more likely to experience an ectopic ureter than boys, according to the American Urological Association, the condition can occur in both sexes. Most often, ectopic ureter appears in females who have duplicated ureters (two ureters leading from one kidney) and in males with single ureters (one ureter leading from each kidney).

An ectopic ureter is a heritable condition that, genetically speaking, is characterized as autosomal dominant: If a woman gives birth to a child who has an ectopic ureter, future children have a 50 percent chance of having an ectopic ureter as well. Risks can be evaluated with the help of a doctor or genetic counselor.

Urinary incontinence, or the inability to control urine flow, is one of the most common symptoms in girls. This type of incontinence differs from full loss of bladder control; ectopic ureter-related incontinence tends to cause a small amount of constant dripping, whichmay be most noticeable when toilet training a child. An ectopic ureter does not typically cause incontinence in boys because the urine drains into closed systems like the prostate or genital ducts. Instead, boys may experience a testicular infection.

Children with an ectopic ureter may also experience an increased risk for urinary tract infections, which cause back pain, fatigue and a burning sensation when urinating. Girls may also have urine mixed with a thick, white pus. This is evidence of a bacterial infection caused when urine travels back up the ureter and carries bacteria to the kidneys.

Urine that does not properly drain from the kidney can backflow (vesicoureteral reflux), placing extra stress and pressure on the kidney and causing increased swelling known as hydronephrosis. This can affect a baby in the womb and may be detectable on ultrasound.

An ectopic ureter is a congenital defect that forms while a fetus is still in the womb. A physician may detect an ectopic ureter while performing a prenatal ultrasound or imaging study to visualize the baby. And if a pregnant woman has a family history of the condition or another child who has it, her doctor will likely pay special attention to the kidney area as the baby grows.

Typically, surgery is the most common and necessary ectopic ureter treatment, and the surgical approach will depend on each child's specific physiology and condition. Recovery time depend upon the surgical approach used: Laporoscopic or minimally invasive surgery, for example, will require the child to be hospitalized for one to two days, while more invasive surgery requires a stay of anywhere between one to five days.