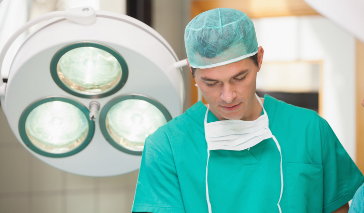 Ureteroceles occur when the ureter -- the tube that transports urine from the kidney to the bladder -- swells on the bladder end of the tube, slowing or preventing urine flow into the bladder. As urine builds up the walls of the ureter swell and, when they can take no more, fluid flows back up into the kidney in a process known as vesicoureteral reflux (VUR).

Ureteroceles are often associated with duplex collection systems (sometimes called duplex kidneys), in which two ureters drain one kidney. Due to advances in ultrasound technologies, many ureteroceles can now be diagnosed prenatally. Research estimates that ureteroceles occur in anywhere from 1 in 400 to 1 in 5,000 people, and they're most commonly found in Caucasians, with girls more likely to be affected than boys.

Treatment for ureterocele differs depending on a multitude of things: when the condition is diagnosed, the amount of obstruction, and to what degree it's affecting the bladder, kidney function, and VUR. In addition, ureteroceles can vary in location and size. Each case is individual.

A ureterocele diagnosis in utero, infancy, childhood, or adulthood often results in surgical intervention. This can be done for a number of reasons, the most common of which are maintaining renal function, preventing recurrent infection, and preventing urinary incontinence.

The goal of surgical treatment is removal of the blockage so urine can drain properly. This can involve a cut into the ureterocele, or its total removal, and ureter reattachment to the bladder. No single method works for every ureterocele, and may use one or a combination of the following techniques:

Endoscopic puncture can also be used for single-system ectopic ureteroceles (a ureterocele that is situated at the bladder neck or urethra, as opposed to inside the bladder). In these cases, however, a second procedure is often necessary to reimplant the decompressed system back into the bladder.

In less severe cases, this approach can be done as an outpatient procedure. Risks are rare, but include failure to decompress the ureterocele and obstructive flap valve, which may result in urination difficulties.

Because ureteroceles frequently occur in duplex kidneys, this surgery removes part (in Latin, hemi is "half") of the kidney in order to collapse the ureterocele. (If the ureterocele is located in the upper area of the kidney the surgery is called an upper-pole heminephrectomy, see description below.) The procedure involves a small incision to the abdomen, through which a surgeon can locate the nonfunctional part of the kidney, identify the blood vessels and ureter associated with it, and take them out. This surgery is best suited for patients with duplex-system ectopic ureteroceles.

When the ureterocele is located in the upper region or "pole" of a duplex kidney and has impacted the tissue around it, the affected area may have to be removed. Upper pole nephrectomy -- a more specific type of heminephrectomy -- is performed when vesicoureteral reflux is not present. Removal of the upper pole is rarely necessary; if endoscopic punction can successfully decompress the ureterocele, a surgeon typically won't remove the upper pole just because of poor functioning alone.

Occasionally, patients have a functioning upper pole but damage to the lower pole system. In these cases, isolated upper-tract surgery can connect the obstructed upper portion to the non-obstructed lower portion of the ureter or kidney. In duplex systems, a partial ureterectomy may be needed.

After the ureterocele is repaired with endoscopic puncture or incision, some patients require reconstruction to either the lower (bladder or bladder neck) or upper urinary tract. Reconstruction prevents reflux, obstruction, or any urination abnormalities later in life. In this procedure, a small curved needle is used to suture inside the bladder neck. After this procedure majority of patients experience no urinary incontinence and are able to void normally.

Ureteral reimplantation is typically used for ureteroceles that occur outside the bladder. Essentially, this surgery is a repositioning of the ureter in the bladder wall: It fixes the position and connection of the ureter and bladder, preventing urine reflux.

The procedure is done under general anesthesia, and requires three small incisions to the lower abdomen to remove the ureterocele. After the ureterocele is removed, the floor of the bladder and bladder neck are reconstructed. Then, the ureter is repositioned and reimplanted where it connects to the bladder. Ureteral reimplantation can be done laparascopically or with robotic assistance.

Outcomes vary by individual. In most cases, any damage that occurred as a result of the ureterocele is only temporary and is alleviated once it has been removed. If the ureterocele cannot be completely removed, however, the obstruction can cause lasting kidney damage. (Kidney failure is uncommon, since the unaffected kidney continues to function normally.)

Vesicoureteral reflux or obstruction can occur after ureteral reimplantation, as can recurring urinary tract infections or permanent bladder damage. It is important to note that regardless of the type of procedure, patients with reflux who have duplex systems and ectopic ureteroceles normally require two surgical procedures.

4. Byun E, Merguerian PA. A meta-analysis of surgical practice patterns in the endoscopic management of ureterocele. The Journal Of Urology. 2006;176: 1871–7.