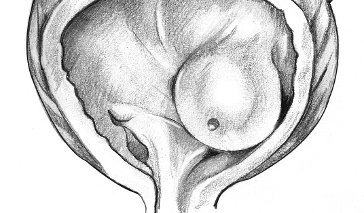 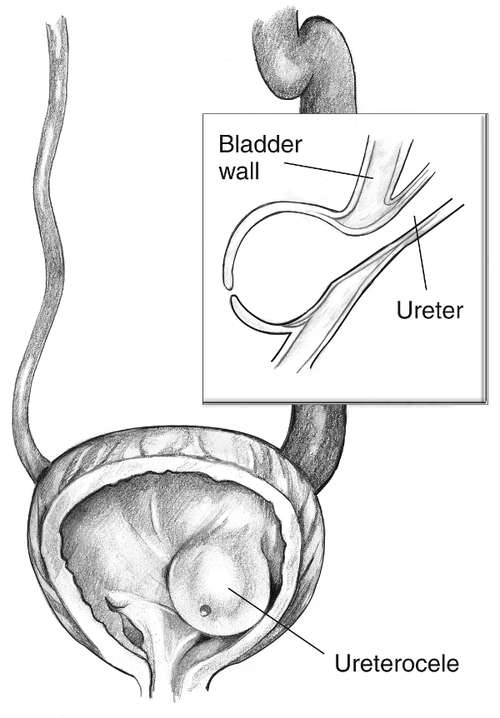 A utererocele is a birth defect that causes swelling in the ureters, compromising or preventing urine flow. In a healthy urinary system, a ureter leads from each kidney to the bladder and is responsible for draining and transporting urine from one organ to the other. A ureterocele occurs when one of the ureter tubes swells at the bottom, slowing or even preventing urine from flowing into the bladder. Urine collects in the ureter, causing its walls to expand like a water balloon, and can sometimes even flow from the bladder back into the kidney (vesicoureteral reflux or VUR). If left untreated, ureteroceles can cause permanent damage to the kidneys and urinary system.

Ureteroceles usually affect just one ureter (unilateral), but have been known to impact both (bilateral). They can vary in location and size. The American Academy of Pediatrics classifies ureteroceles as either ectopic (any ureterocele that is fixed near the bladder neck or urethra) or intravesical (a ureterocele situated completely inside the bladder).

Caucasians are more likely to have ureteroceles than any other race. Anywhere from one in 5,000 to one in 12,000 individuals in the United States may be affected by the condition. In children the rate is approximately 1 in 4,000 and ureteroceles are primarily diagnosed in children under two years of age. Females are four to seven times more likely to have an ureterocele than males. While less common in adults, some can have the condition without realizing it. Some adults seeking treatment for kidney stones or infection will be diagnosed with ureteroceles.

Though a ureterocele is considered a birth defect, its etiology is still unknown. It has been suggested that genetics might play a role. The condition runs in families, but to date no specific genes have been isolated.

In some cases urinary tract infections may be present, along with fever or pain during urination. Patients may additionally experience pain in the abdomen, frequent urination, blood in urine, or urine with a pungent smell. Sometimes, however, there are no symptoms whatsoever.

How the Condition is Diagnosed

With advances in ultrasound screening techniques and technologies, ureteroceles can be diagnosed before birth. Still, ureterocele diagnosis remains challenging and requires knowledge of clinical and radiological presentations. Many patients have no outward symptoms, while others may suffer fever, rapid heartbeat, and other effects of an infection in the bloodstream.

The first diagnostic test is generally an abdominal ultrasound. Then, a voiding cystourethrogram (VCUG) is used to determine the ureterocele's configuration and whether there are interruptions in the urine flow.

Since ureteroceles can cause kidney problems, a renal scan is sometimes necessary. This assesses kidney function by measuring how well the kidneys remove radioactive material that was injected into the patient's vein. For patients with more complex urinary tract problems, CT scans and MRI tests may also be necessary.

Ureterocele treatments vary depending on the size and location of the obstruction, kidney function and patient characteristics such as age, and various health indicators. If a patient is experiencing VUR, more than one operation is typically required.

Surgeries include transurethral puncture, nephrectomy, ureteral reimplantation, ureteropyelostomy, or a combination of these approaches. Many of these treatments are minimally invasive. Some last around 30 minutes, while others are more in depth and require multiple treatments.