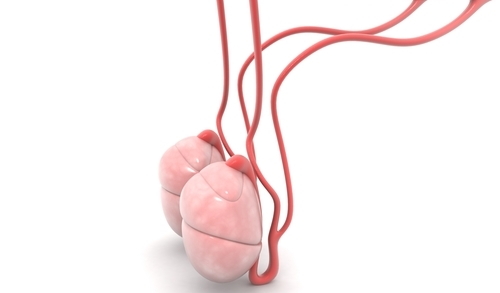 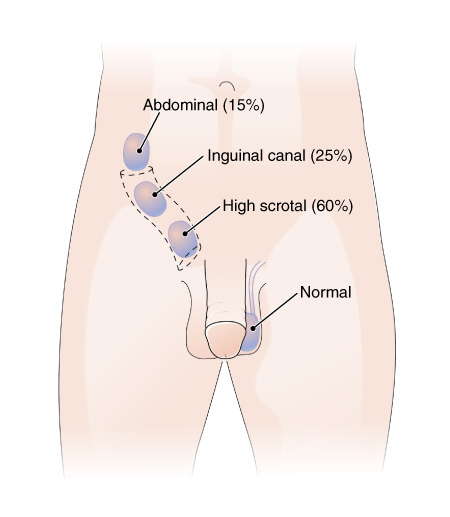 Undescended testes or testicles, also known as cryptorchidism, is a condition in infant males in which one or both testicles fail to move into their normal position in the scrotum. Occasionally, they may even be completely absent.

A baby's testicles develop in his belly while he's still in the womb, but usually descend or "drop" into the scrotum during the third trimester of pregnancy. If a testicle haven't already descended at birth, most (80 percent) will do so within the first three months of an infant's life. But if it has not spontaneously descended after six months, it’s unlikely to do so on its own and may require treatment.

Undescended testes are the most common male birth defect: Around 3 percent of all boys are born with one testicle undescended. Of these cases, only one in 10 has both undescended. The condition occurs more frequently (30 percent) in premature male infants, primarily because they are born before the testicles have had a chance to drop.

Doctors are not sure what causes undescended testicles, but several things make it more likely, including:

In infants, undescended testicles do not cause any pain or other symptoms. The most obvious change is the appearance of the scrotum. Due to the lack of a testicle, the scrotum may look smaller or smoother on one side.

If left untreated, however, an undescended testicle can cause:

An undescended testicle is often first noticed during a baby's regular pediatric examination. When a testicle is present but has not moved completely into the scrotum, it can usually still be located by touch. In these cases, a pediatrician typically waits until the boy is 3 to 6 months old to allow it to drop on its own.

If the testicle can’t be located by touch, it may still be in the belly or it may be completely absent. To see if the missing testicle can be located, a doctor can perform laparoscopic surgery to look in the infant's belly. This diagnostic procedure, which requires a small cut below the abdomen and the insertion of a viewing instrument, is a reliable way to locate a missing testicle and, because the cut is small, it should heal quickly. If the testicle is located, but has not descended completely, the doctor may consider surgery to help it descend.

In rare cases, both testicles are missing. In these instances, a doctor may also check the baby’s hormone levels and chromosomes to look for other conditions that might have caused the testicles to not develop properly.

There are multiple ways to treat undescended testicles, including hormone therapy and surgery. Which will be performed depends upon the location of the testicle and the underlying cause of the condition.