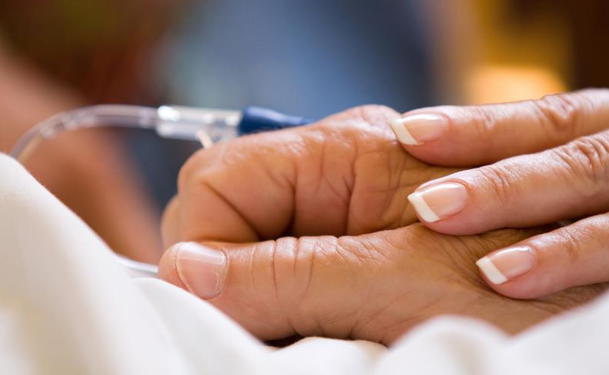 Adrenal cancer treatments will be needed when malignant cells grow in the outer (cortex) or inner (medulla) layer of the adrenal glands, the triangle-shaped organs that rest atop of each kidney. The cortex, which functions by producing corticosteroid and androgen hormones for the body, is where most adrenal cancer starts. Also referred to as adrenocortical cancer, persons with certain hereditary diseases such Beckwith-Wiedemann syndrome or Li-Fraumeni syndrome, are at an increased risk of developing this rare type of adrenal gland cancer.

In more than 50 percent of people, adrenal cancer symptoms—including frequent urination, decreased sex drive, impotence, and the development of breast tissue in men—are sparked by an excess of hormones released by the tumor cells. While malignant cells can form in the adrenal medulla, the layer is an extension of the nervous system. Adrenal cancer treatment includes surgery, radiation therapy, and chemotherapy. Additional adrenal treatment options, including biologic therapy and targeted therapy, are currently being tested in clinical trials.

Surgery
Complete removal of the affected adrenal gland (adrenalectomy) is the main treatment option for adrenal cancer. The standard technique is open surgery, in which a large cut (incision) is made in the belly so that the kidney and adrenal gland can be accessed for removal. Some studies have shown that laparoscopy—inserting tools and a tube with a camera and light source through several smaller incisions—may work for smaller tumors when the cancer has not spread.

If the cancer has metastasized to the lymph nodes or nearby tissues, they too can be excised and extracted during surgery. Other locations in which the cancer can spread are the liver, lungs, and bone.

Radiation therapy
Radiation therapy uses radiation (either high-energy x-rays, or other types) to kill the cancer cells or keep them from growing. The choice of treatment depends upon the stage of the cancer, and includes:

This treatment may also be done using several drugs, in what’s known as combination chemotherapy.

Other treatments are currently being tested in clinical trials. These options may not be available to every patient, but include:

The best choice of treatment option depends, in part, on the stage of the cancer.

The success of treatment and chance of recovery (prognosis) from adrenal gland cancer depends upon several factors:

If diagnosed and treated early, adrenal cancer may be cured. In patients with only local tumors who have the tumor removed completely during open surgery, the 5-year survival rate of 38 percent to 46 percent.

Later stages, however, are more difficult to treat. The survival rate for adrenal cancer at five years for patients with stage IV tumors is less than 20 percent.