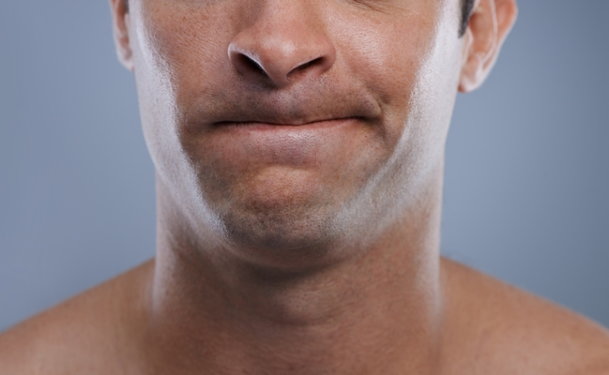 When Your Prolonged Erection Turns into an Emergency: Signs Your Penis Is In Danger

A prolonged erection is also known as priapism, a term that comes from Priapus, the Greek god of fertility, gardening and lust, who was born with oversized genitals after being cursed by Hera, the wife of Zeus. Although this special “gift” encouraged flowers to bloom and animals to mate, Priapus was still burdened with its excess nature.

Before we look at what can go wrong with an erection, it helps to understand the male reproductive system and how erections work. When you become sexually aroused—either through physical touch or mental stimulation—the blood vessels in your penis expand and relax, allowing blood to flow freely into your penis. Once blood has entered your penis, it becomes temporary trapped within the two cylinder-shaped chambers that run the length of the penis (corpora cavernosa). This causes your penis to enlarge and become firm.

Following ejaculation, or shortly after stimulation stops, the muscles within your penis contract to halt the inflow of blood, while other channels in your penis open to release blood. This process causes the penis to reduce in size and soften. While it’s great to have an erection that lasts long enough to get the job done in the bedroom, if your penis remains in an erect state for more than four hours and is unrelated to sexual stimulation, you should seek immediate medical help to prevent permanent erectile dysfunction and disfigurement of your penis.

Prolonged Erections: Types and What to Look For

If you notice that your erection has not waned hours after ejaculation, or after stimulation has stopped, you may have one of two types of priapism--each come with their own symptoms. Regardless of the type, both kinds of priapism are serious and require medical attention.

This type of priapism is the most common of the two and occurs when the blood can’t exit the penis. It can be very painful and is caused by certain medications (including blood thinners, antidepressants and penis enhancing drugs like Viagra), alcohol and illegal drug use, injury to the spinal cord, or blood diseases like sickle cell anemia, diabetes or tumors.

Signs and symptoms associated with this type, include:

Caused by too much blood entering the penis, this type of priapism often results from a groin injury. Though not typically painful, it is just as much of a concern as ischemic priapism.

The symptoms associated with this type, include:

When Prolonged Erections Turn into Emergencies

Prolonged erections without sexual stimulation are emergency situations. Left untreated, they can cause erectile dysfunction—inability to achieve or maintain an erection—or disfigurement of the penis. Damage to the tissue in the penis can occur as early as four hours after the start of the erection.

With an ischemic priapism, the longer you wait, the more likely you are to have long-term damage to your penis. Nonischemic priapism is less likely to cause problems later on, but you should still have it checked out by a doctor. Plus, it’s not always possible to know which type you have.

Treatment for priapism depends upon the type you have, but could involve:

In some cases, prolonged erections can be prevented, either by treating underlying medical conditions or switching medications. The best way to keep your penis healthy, though, is to keep an eye out for problems and have them checked out by a doctor as soon as possible—the sooner the better.

Good health starts with finding a good doctor, find a urologist near you.