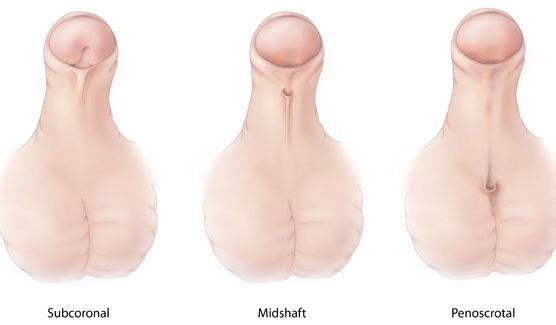 Hypospadias is one of the most common male birth defects, and occurs when the opening of the urethra (the tube that carries urine out of the body) is somewhere other than at the tip of the penis—either along the shaft or, in severe cases, near the scrotum. While the condition can cause difficulties with urination and sexual function, in most cases it's not associated with other abnormalities in the urinary system and does not impact the function of other organs. 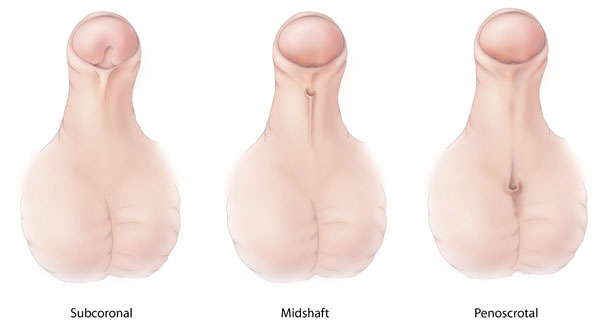 According to the U.S. Centers for Disease Control and Prevention, about one in every 200 boys born in the U.S. have hypospadias and the incidence appears to be increasing, although researchers aren't sure why.

As a fetus develops, certain hormones (androgens) help form the urethra and foreskin—disruptions in the release of these hormones may prevent the urethra from developing normally. The exact mechanism by which this occurs, however, is still unknown.

While the specific cause of hypospadias has not been determined, some risk factors have been identified. These include:

In addition to an abnormal urethral opening, males with hypospadias may also have:

Most males with hypospadias are diagnosed shortly after birth when the pediatrician performs a newborn's first exam. In some instances, the doctor may also want to conduct imaging studies (ultrasound, CT scan or MRI) to determine if any other congenital abnormalities are present.

Repairing hypospadias depends on the severity of the condition and the location of the urethral opening. Even if the defect is mild, surgery may be necessary to reduce problems with urinary and sexual function.

Image courtesy of the Centers for Disease Control and Prevention, National Center on Birth Defects and Developmental Disabilities

Hypospadias. (2012). US National Library of Medicine.