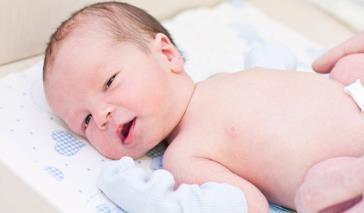 Intersex conditions, also known as disorders of sex development (DSD), occur when infants are born with a mix of male and female genitalia. The disorders cause a mismatch in the external and internal reproductive organs. The child's body may not be completely male, nor totally female. For example, a person may appear female, but have male (XY) chromosomes and testicles; or a person may have female internal organs such as ovaries and a uterus, but have a clitoris that is enlarged to resemble a penis.

Causes and Types of Intersex Conditions

Female with male-looking or ambiguous genitals

In this type of intersex condition, a person has female (XX) chromosomes with normal ovaries and uterus, but the external genitals appear to be male. The clitoris may be enlarged and look like a penis. The folds of skin of the external female genitals (“lips,” or labia) may also be joined together to close the vagina.

This condition is called 46, XX DSD or 46, XX with virilization. It usually results from a female fetus being exposed to a large amount of male sex hormones before birth, such as:

With this type of intersex condition, a person has male chromosomes (XY), but the external genitals appear female, ambiguous, or incompletely formed. In some cases, the testes do not descend and remain inside the body. This is known as 46, XY DSD or 46, XY with undervirilization.

In order for male external genitals to develop, the body requires a balance between the female and male sex hormones. A shortage of male hormones can lead to 46, XY DSD. This may occur as a result of:

A mix of male and female characteristics

In this type of intersex condition—known as true gonadal DSD or ovotesticular DSD—the person has both testicular and ovarian tissue. The tissue may appear as a separate ovary and testis, or show up within the same gonad (called an ovotestis).

The external genitals can appear as male, female, or ambiguous. For most people, the underlying cause of true gonadal DSD is unknown, although some studies in animals have linked this condition to exposure to pesticides used for agriculture.

Unlike other types of intersex conditions, these disorders don’t lead to a mismatch between the internal and external genitalia. However, there may be other problems, such as with sexual development at puberty or the levels of the sex hormones.

Signs of an Intersex Condition

Signs of an intersex condition depend upon the underlying cause, but may include:

While signs of intersex conditions may be more physically prominent in some and can lead to early diagnosis, in others, indicators are not as clear, causing some of the associated conditions to be identified in late childhood or adolescence when the sexual organs are further along in their development and hormone production increases.

To diagnose an intersex condition, a detailed family history may reveal past accounts of intersex disorders. For this, a physician will typically begin by taking this history and prenatal history, followed by a physical examination of the child's anatomy. If an intersex condition is suspected, blood tests may be performed to check hormone levels, and genetic studies may be conducted to determine if chromosomal abnormalities are present. By taking a sample of amniotic fluid, blood, or bone marrow, chromosomes can be counted and examined for structural changes.

Imaging studies, such as a pelvic ultrasound, can generate views of both the male and female reproductive organs, revealing key information about the sex of the child. They, along with endoscopic examination, may also determine whether the internal sex organs are absent, such may be the case with undescended testicles.

Treatment for intersex conditions depends upon the underlying cause, but may include medication or surgery. Health professionals often recommend delaying surgery until the child is old enough to take part in decisions about treatment.

Clinical Guidelines for the Management of Disorders of Sex Development in Childhood. (2008). Accord Alliance.

Hughes, IA. (2008). Disorders of Sex Development: A New Definition and Classification. Best Practices in Research and Clinical Endocrinology and Metabolism.