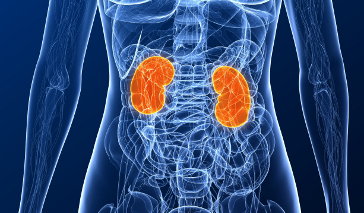 Pyonephrosis is a kidney obstruction caused by infection and the formation of pus ("pyon" in Greek), which can result in rapid and complete loss of kidney function. Because the pus is thicker than urine, it blocks the passage of urine and results in the formation of an abscess. Although the condition is rare, it has been reported in adults, children, and even newborns.

If pyonephrosis is diagnosed and treated promptly, the affected kidney usually recovers within 24 to 28 hours. If treatment is delayed, however, the kidney can be permanently injured by the development of fistulas or scarring. Severe or untreated pyonephrosis can lead to complete kidney failure.

Pyonephrosis occurs when bacteria or, rarely, fungi infect the kidneys. The invaders move up to the kidney from the bladder or travel through the bloodstream from other parts of the body. Although the infection can be caused by a diverse range of different bacteria or fungi, the most frequent trigger is the bacterium Escherichia coli (E. coli). Immunocompromised patients (e.g., those with AIDS or diabetes) and those who take long-term antibiotics are at an increased risk for fungal infections.

Once the bacteria or fungi invade, the kidney's interior fills with pus, which consists of the infecting microbes, white blood cells, and dead epithelial cells from the kidney. When the abscess forms, it isolates the pus from the immune system and from antibiotics.

Upper urinary tract obstructions increase the risk of pyonephrosis. The obstruction may be caused by:

Some people develop pyonephrosis so gradually that they may have no symptoms. When symptoms do manifest, they include the following:

If a patient has symptoms indicative of pyonephrosis, there are a multitude of tests a urologist can use to diagnose the condition. These include:

If a specific cause of the obstruction cannot be found, additional tests may be needed. These may include:

Pyonephrosis treatment starts intravenous antibiotics, but may also involve surgery to drain the puss and--depending on the seriousness of the condition--potential removal of part or all of the kidney.