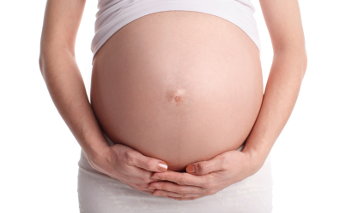 While an infection can develop in any part of the urinary system, most develop in the lower tract, often because bacteria has entered the system via the urethra and has begun to multiply in the bladder. The name of the UTI varies depending on the infection location:

The most common of these is urethritis--descriptions below, unless otherwise specified, refer to this type of infection.

UTIs are primarily triggered by E. coli, a bacterium in the bowel that can inadvertently be transferred from to the urethra. While the body can usually remove or control microbes before an infection sets in, some of the biological and hormonal changes that occur during pregnancy increase a woman's susceptibility and decrease her ability to fight them off. These changes include:

Not all pregnant women with urinary tract infections will have symptoms. When symptoms do occur, they include:

A urine analysis is often used to diagnose a UTI. The exam, which is done at all (or nearly all) prenatal visits, consists of a urine sample that is analyzed for the presence of bacteria. Pregnant women usually undergo this test at all (or nearly all) of their prenatal visits to ensure an infection has not developed. If the test is positive, the urine may be sent to a lab for further analysis to determine which bacteria are causing the infection and which drugs they are most susceptible to.

Treatment of UTIs during pregnancy is necessary to prevent harm to the fetus. Left untreated, an infection can spread to the kidneys and cause early labor and low birth weight. The most common treatment for UTIs is a course of antibiotics, most of which are safe for pregnancy and highly effective.