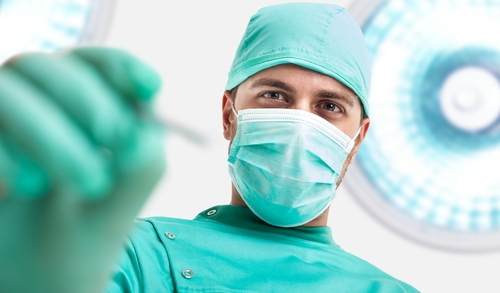 A Patient's Guide to Cryosurgery for Prostate Cancer

Cryosurgery is a medical procedure that uses intense cold to destroy cancerous cells. The technique, known also as cryotherapy or cryoablation, can treat men who have early-stage prostate cancer that is localized to the prostate. It is only effective in small regions, and therefore is not used to treat prostate cancer that has metastasized beyond the gland.

While the procedure is less invasive, has a shorter recovery time, and may have fewer side effects when compared to other cancer treatments, it is less established and its long-term outcomes are unknown. Still, cryosurgery is a viable option, especially for men who can't have radiation therapy or surgery due to their age or additional medical problems.

Liquid nitrogen (or argon gas) is used to create extremely cold temperatures that can kill abnormal tissues. As the liquid gas flows through a hollow instrument—called a cryoprobe—ice crystals form around the probe.

When the probe makes contact with the tumor, the cancer cells are frozen and destroyed. In addition, connective tissue and small blood vessels around the tumor are damaged. This cuts off the blood supply that the tumor needs to continue growing.

How is Cryosurgery for Prostate Cancer Performed?

Cryosurgery for prostate cancer is done under either general or spinal anesthesia. Before the procedure, an ultrasound probe is placed in the rectum to give the surgeon a visual of the prostate. This allows the doctor to monitor the prostate and nearby organs/tissues during surgery.

Several probes may be placed in the prostate at locations determined before the procedure. These are positioned to avoid the area of the urethra, the tube which passes through the prostate as it carries urine out of the body from the bladder.

In addition, a warming catheter is inserted into the urethra to keep the urethra warm throughout the procedure. Other probes may be placed in and around the prostate gland in order to monitor the temperature and prevent damage to noncancerous tissue.

Cryosurgery takes under two hours and is done in two freezing cycles. In between these cycles, the prostate is allowed to warm, either on its own or with the aid of a warmer gas (such as helium or argon) moving through the probe. After the second thaw, a catheter is inserted into the bladder to help with urination during the recovery period. This tube may be inserted through the urethra, or through a small cut (incision) in the lower belly. The catheter will remain in place for several days after surgery.

Recovery After Cryosurgery for Prostate Cancer

Cryosurgery is generally done as an outpatient procedure, which means the patient will be able to go home that day. The most common side effects of cryosurgery include:

Most men have little pain after the procedure, with symptoms mainly caused by the placement of the catheter. In general, men return to their normal activities within a week.

A prostate-specific antigen (PSA) test is usually done three months after surgery to look for signs of prostate cancer. A biopsy of the prostate may also be done at some point to determine if cancer cells are still present.

Advantages of Cryosurgery for Prostate Cancer

Cryosurgery offers several advantages over other prostate cancer treatments, including:

Disadvantages of Cryosurgery for Prostate Cancer

The main disadvantage of cryosurgery for prostate cancer is that its long-term benefits are unknown. During the procedure, surgeons freeze tumors that they can see with imaging tests (like ultrasound). Very small sections of tumor may not be visible on those images, and could be missed during the surgery. As a result, the tumor can grow, requiring further treatment.

The outcome—or prognosis—after cryosurgery for prostate cancer depends upon several factors, such as the size of the tumor, how far advanced the cancer was at the time of the procedure, and whether other treatments were done before cryosurgery. The technique used can also affect the outcome.