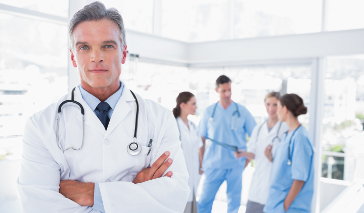 Prostatectomy is a surgical procedure that removes part (simple) or all (radical) of the prostate gland in men.

During a simple prostatectomy, the inner part of the prostate is removed via an incision in the lower abdomen. This is usually performed as treatment for an enlarged prostate (also known as benign prostatic hyperplasia or BPH).

Radical prostatectomy surgery, described below, removes the entire prostate and some of the surrounding tissues as part of a prostate cancer treatment. This procedure is often done in men who are expected to live at least another 10 years and whose prostate cancer has not spread and is localized to the gland.

There are three types of simple prostatectomy, all of which aim to preserve at least part of the prostate gland:

There are four main types of radical prostatectomy, each of which takes between three and four hours to perform. During the procedure--which is done while the patient is under general or regional anesthesia--a surgeon will remove the prostate gland and sometimes the seminal vesicles (fluid-filled sacs alongside the prostate). Nearby lymph nodes may also be removed and examined for signs of cancer. The approach chosen depends upon the patient as well as the experience and training of the surgeon.

During the weeks before the surgery, patients should stop taking anything that prevents blood clotting, including aspirin, ibuprofen, warfarin, vitamin E, and fish oil. Ideally, they should also stop smoking several weeks before surgery so as to help speed recovery.

Patients may also be asked to take a laxative or use an enema on the morning of the surgery to clean out their colon. In addition, the doctor may administer an antibiotic to prevent infection.

After prostatectomy performed via open surgery, patients typically remain in the hospital for between one and four days. If the procedure was performed laparoscopically or via robot assistance, a patient may be able to go home the same day.

Once discharged, a patient will have a catheter in place to give his urethra time to heal. Catheters can be removed one to two weeks after surgery.

Risks Associated with a Prostatectomy

The risks associated with any surgery include:

In addition to risks associated with any surgery (such as infection near the incision, allergic reaction to anesthesia, loss of blood, blood clots), a prostatectomy has some added risks, including: